Often as part of our Monthly Cruisers Update, we spotlight a different Cruisers member.

Highlighting an athlete, volunteer, or coach each month, and their incredible achievements inside or outside of the Cruisers, and sharing to show how diverse our membership is!

Artistotle Domingo calls himself a multi-sport athlete, but that wasn’t always the case. As a kid growing up in Toronto, he was active and a naturally fast runner, but he never embraced one sport. His journey into athletics began in adulthood, with amputation of his left leg in 2017, followed by his right in 2019.

For more than 15 years, Aristotle lived with immense pain in his feet from a previous illness. When surgeries and other treatments did nothing to relieve the pain or improve his quality of life, he made the decision in 2016 to amputate, and says it gave him a new start. 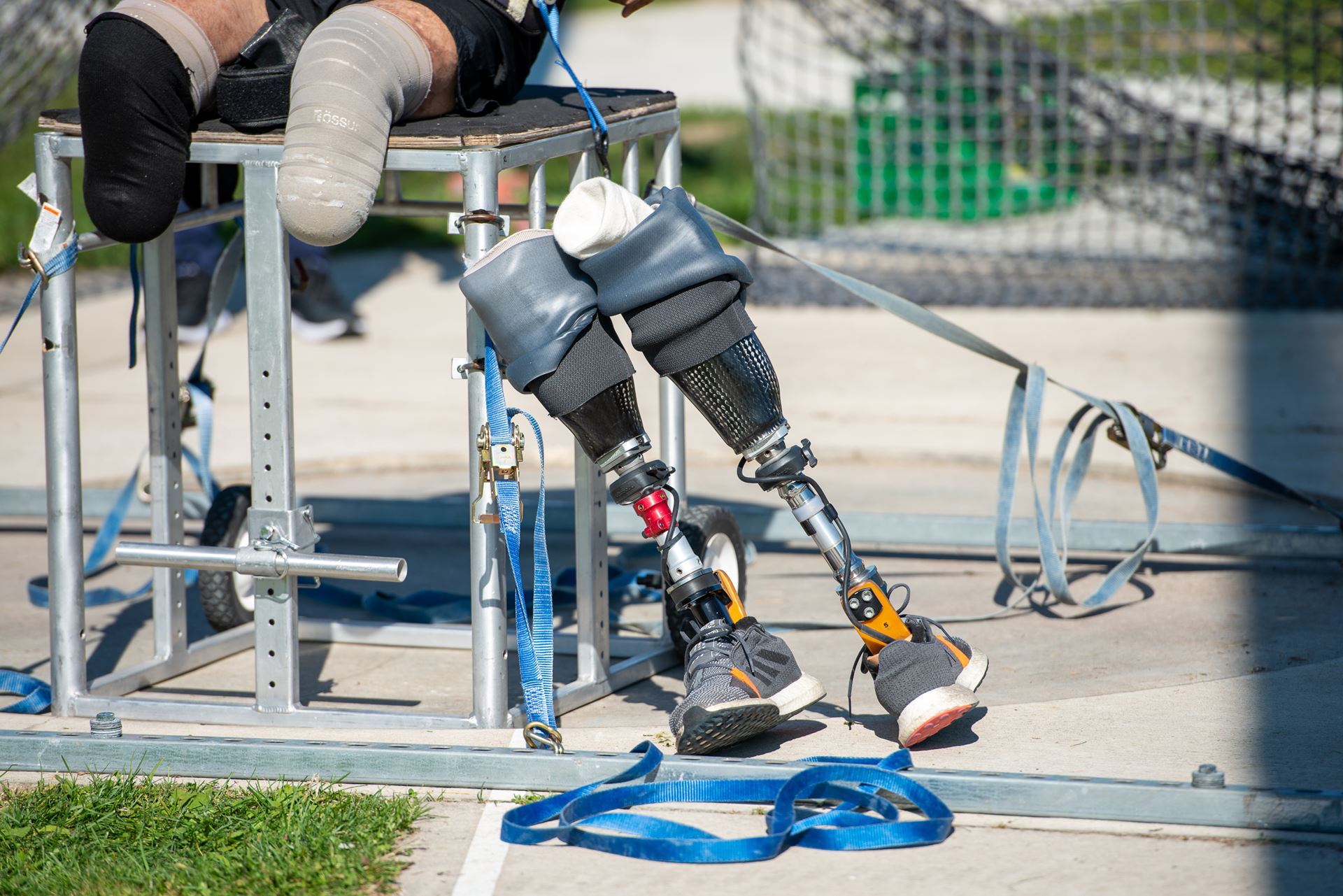 “My physiotherapist on day one after my first amputation said, ‘I don't understand why you're so happy and why you're always smiling’. The difference between my amputation and a lot of people is that I had grieved my loss for 15 years. My amputation was a release for me in that I’d had more pain before the amputation,” he says. “I was given the option to have another surgery and hope for the best and I just kind of said, I'm done, I can't I can't do this anymore. But when I finally had my leg removed, it's like a sigh of relief. The only pain I’d have now is recovering from the surgery. The output is different, so on day one of rehab, my goal was to be better than I was the day before my surgery. That's why I sometimes say I was more disabled before my amputation than I am now. What a privilege I was given, reconcile the feelings that I had prior to amputation.”

While still in rehab, his determination to make each day better than the last sparked an idea: to rediscover his enjoyment of running with a 5K race, just months after surgery.

“I had not picked up running in 15 years—I kind of put that light behind me and then I decided I just wanted to do something for myself,” he says. “I thought, let me just do this one race this one time. I just wanted to finish that 5K regardless of how slow or good I was at it, regardless how long it would take me. It was a jog-walk-run, jog-walk-run, kind of scenario, but that whole rush of accomplishment and that athletic bug that I guess still lives inside me … all those years later, it just kind of all came rushing back and it was ‘oh I want to do it again’.”

“Just one 5K” turned into one 5K a month, which lead to Aristotle trying a number of other sports, including wheelchair racing, sitting volleyball and eventually seated throws. “The Cruisers had a trial on throwing, and I went out and I really had a great time, from just the activity itself and just for the people,” he recalls. “I was just starting with the beanbag version of the shotput, but again it's that athletic bug that bites you. Like, let’s see where I can go with this.”

Though COVID has limited the opportunities for training with the Cruisers, Aristotle has been participating in regular weekly workouts alongside his Cruisers teammates with the Sheridan College strength training program. 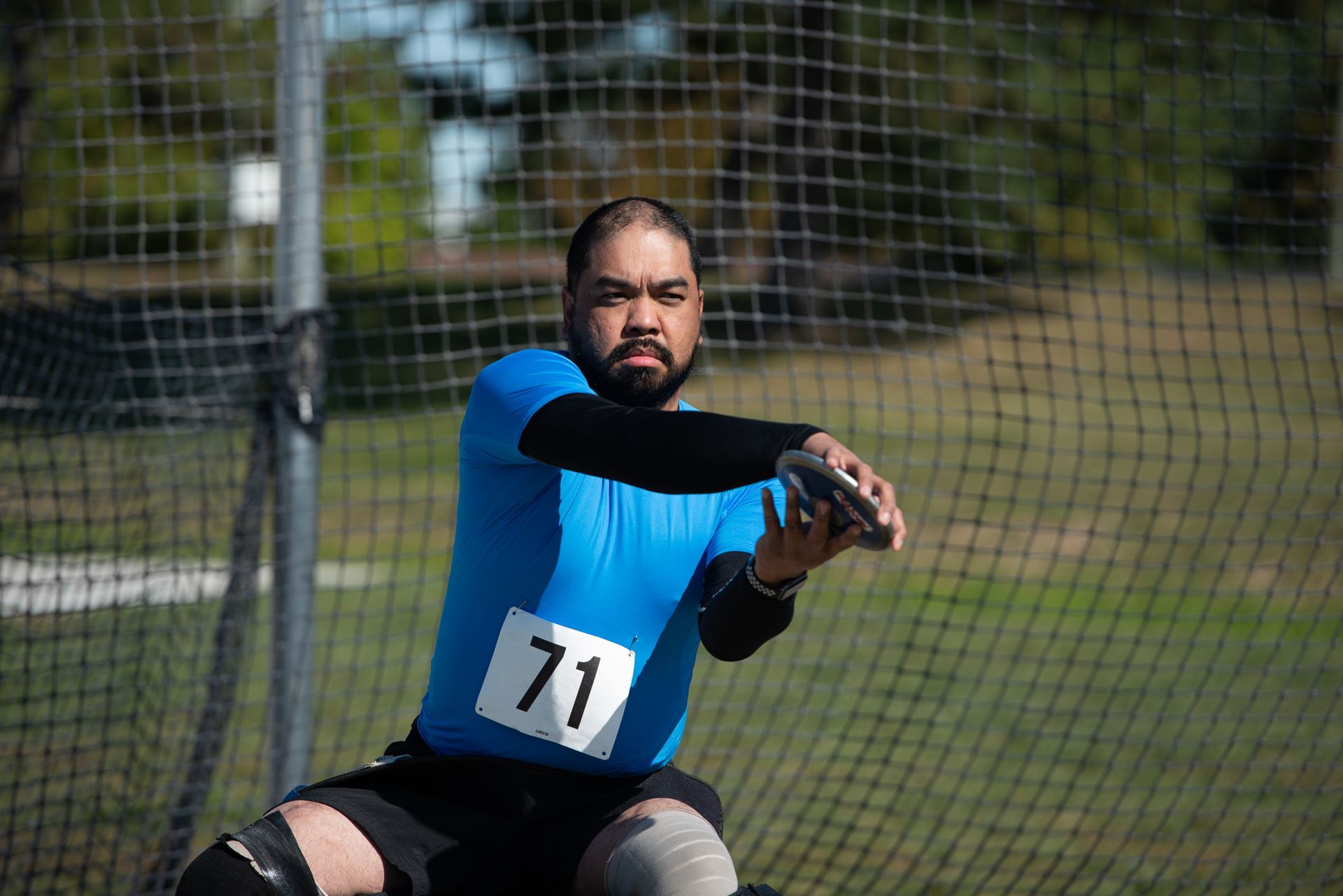 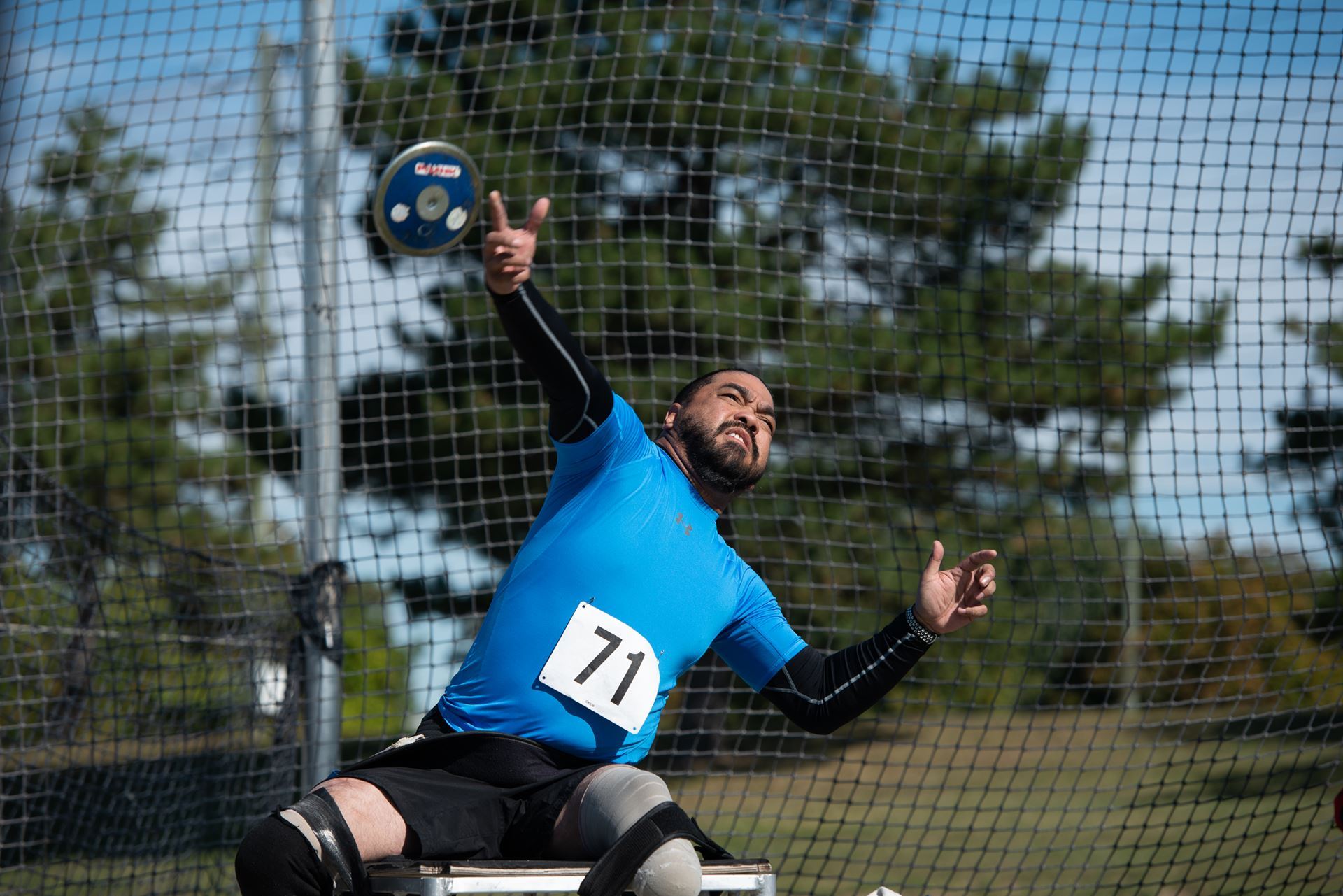 “I think having that activity is not only good for my physical health, but the whole social aspect of being in sports, and being in that environment where you get to participate in healthy competition but at the end of the day you're also a community and you're also friends. It's those every Sunday meetings that we go and throw or it's those times that we get together to either just talk about what we're doing or how we want to move forward with our team. There's also things that you don't often get with your regular social group because you all share not only the sports factor, but the life experience of having a disability that no one else will understand in your regular social group. It's that community that you feel a different belonging than you do with your regular social group.”

When Aristotle realized there was a lack of support for the amputee community in Toronto, he founded the Amputee Coalition of Toronto (ACT) to advocate for better health care for people with disabilities and serve as a support network. As we mark Limb Loss and Limb Difference Awareness Month in April, Aristotle says it’s an opportunity to highlight the important difference having the right supports can make. 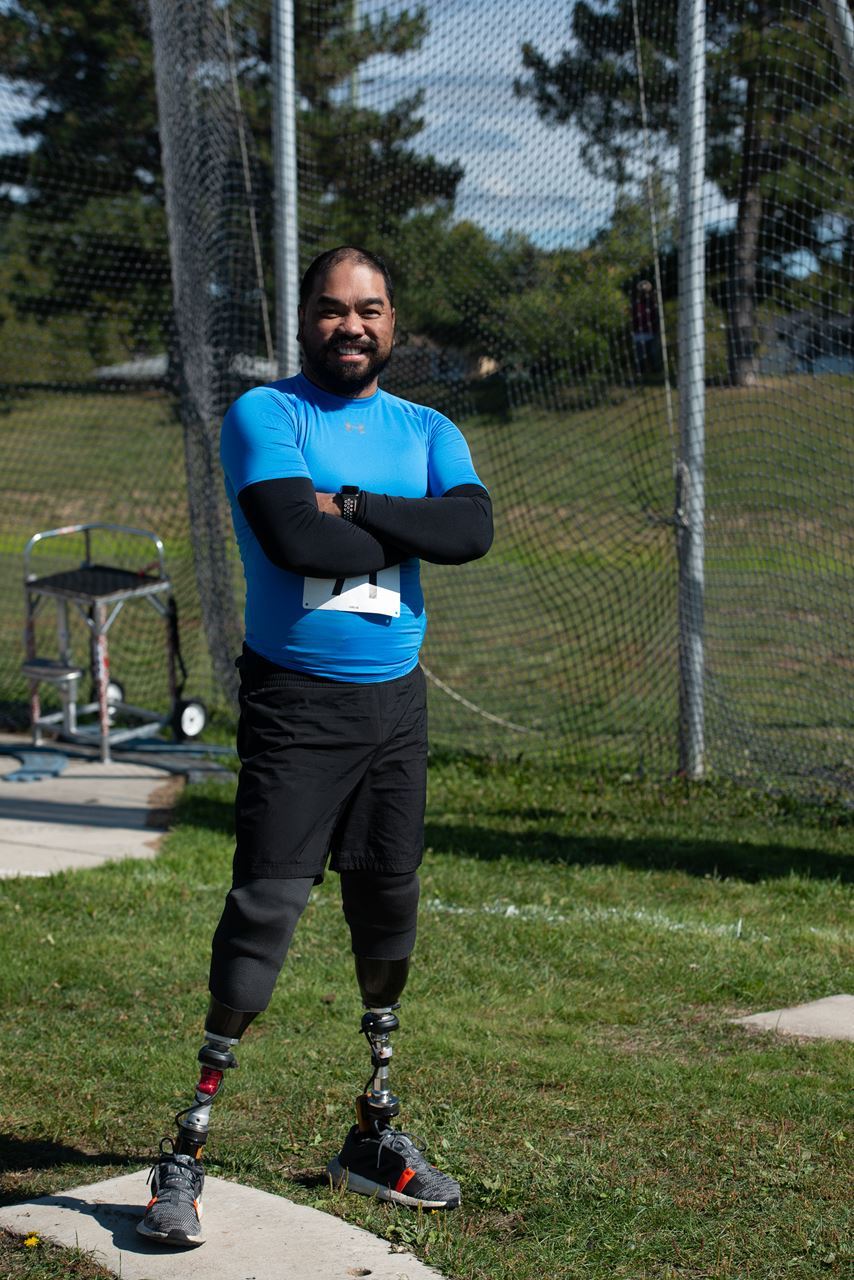 “I truly believe that if you set up a person to succeed, you will get more out of that person,” he says, “What I mean by that is if you set up a person for success—meaning they can participate in the community, they can see their friends, they can do their own groceries, they can develop their independence, they can go back to work even and contribute to taxes. That means you have a person who is set up with the correct prosthesis or the correct equipment to participate in life.”

Martha Sandoval Gustafson, one of Cruiser’s and Canada’s most decorated athletes, was inducted into the Canadian Disability Hall of Fame in 2020.  Martha was born in Tampico, Mexico in 1950.  Martha contracted polio when she was young, and while the illness impacted her mobility, it definitely did not affect her drive and determination. As a child and into her teens, Martha and her family were not aware of parasport opportunities in her home country. It was not until she was in her twenties, while at the Institute of Rehabilitation in Mexico City, that Martha saw a group of people in wheelchairs playing basketball.  In that moment, she knew she had to meet them and instantly became involved with the team.  This was a turning point in Martha’s life, for up to this point, there were no sports available to her so she had no opportunity to get involved in what would become one of her greatest loves.

Inspired by her new friends, Martha started training when she was 24 years old. In one month, with determination and a vision, she learned how to swim.  Her new friends introduced her to all different types of sports: archery, table tennis, track and field and of course, swimming.  After graduating from secretary school, Martha played sports for a year and after this year of introduction, she started to train internationally.  It was a very exciting world for Martha.

Only two years after her introduction to parasports, Martha entered her first international competition representing Mexico.  In the 1976 and 1980 Paralympic Games, Martha won a total of twelve medals.  By this point, she had developed a serious competitive bug and wanted more for herself as an athlete. She was driven to compete at a higher level and moved to Canada in 1981 where she started training at Scarbor­ough Variety Village. After a few years, Martha represented Canada in track and field, swimming and table tennis and brought her Paralympic medal count to an incredible 21 medals. Through her hard work and dedication, she has won more than200 medals at international, national and provincial events, and ranks as Canada’s second most decorated Paralympian.

Martha became involved with the Cruisers in 2005 and says her involvement with Cruisers Sports was critical to her sports career. It was at this time she met Ken Hall.  She says Ken was the perfect fit from a coaching perspective and the Cruisers team immediately felt like family.  She states that an underlying thread throughout the Cruisers community was a love for sport and an incredibly supportive team. In our interview, Martha asked if she could give a special shout out to Coach Ken. “Thank you for always treating us like family, with respect and for taking our sports and journeys so seriously.  You are tough, but this toughness is good for me as it has always pushed me to want to be better and do better.”

When asked if she could share some of the secrets to her success with aspiring athletes, Martha credited the fact that she loves to train and she is disciplined.  She creates training schedules and sticks to them saying it is the hard work dedicated to training that is responsible for her success. At the end of the day, Martha is committed to getting her training in every day, no matter what.  She also credits her family for her success, as her family never treated her differently than anyone else.  As a result, Martha felt that she could do anything and always knew she had her parents’ full support, which meant everything to her!  She also thanked her son, daughter and her whole family for their support and love as without them, she wouldn’t be where she is today.  Finally, she credits her positive and happy disposition to some of her success, as it has allowed Martha to make friends easily and helped her connect with her teammates and peers.

I closed the interview by asking Martha what was specific advice she has for other aspiring athletes in the Cruisers community.  Her wise advice was as follows:

Finally, during this critical time of COVID, Martha wanted to finish the interview by reminding the Cruisers community, “we need to continue to be strong and we have to stay focused on doing things that make us happy.  We must be thankful for life and we will be back to sport soon”.

Congratulations to Martha Sandoval Gustafson for her recent induction into the Canadian Disability Hall of Fame in 2020!  We are so proud that she is part of our Cruisers family! 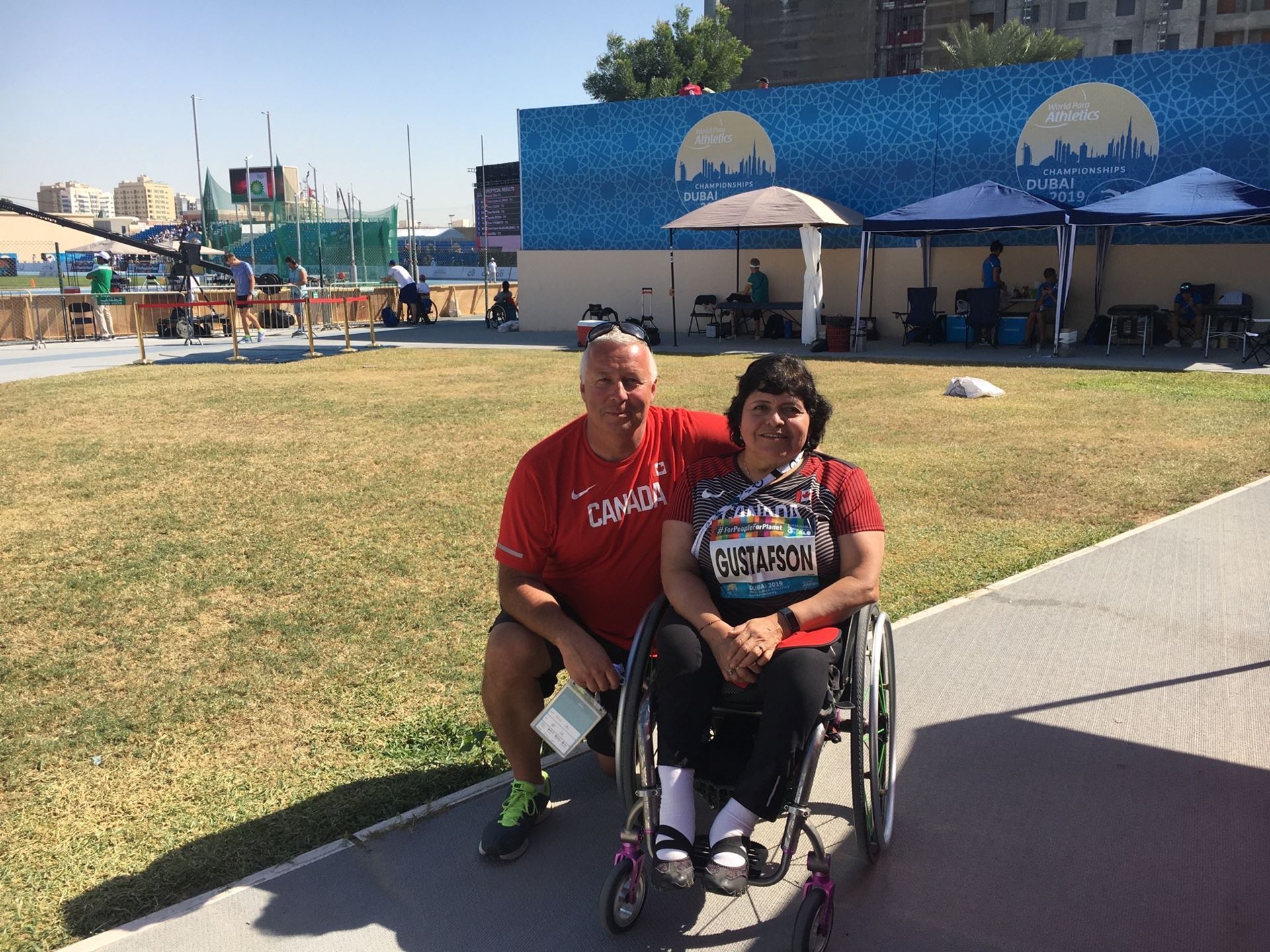 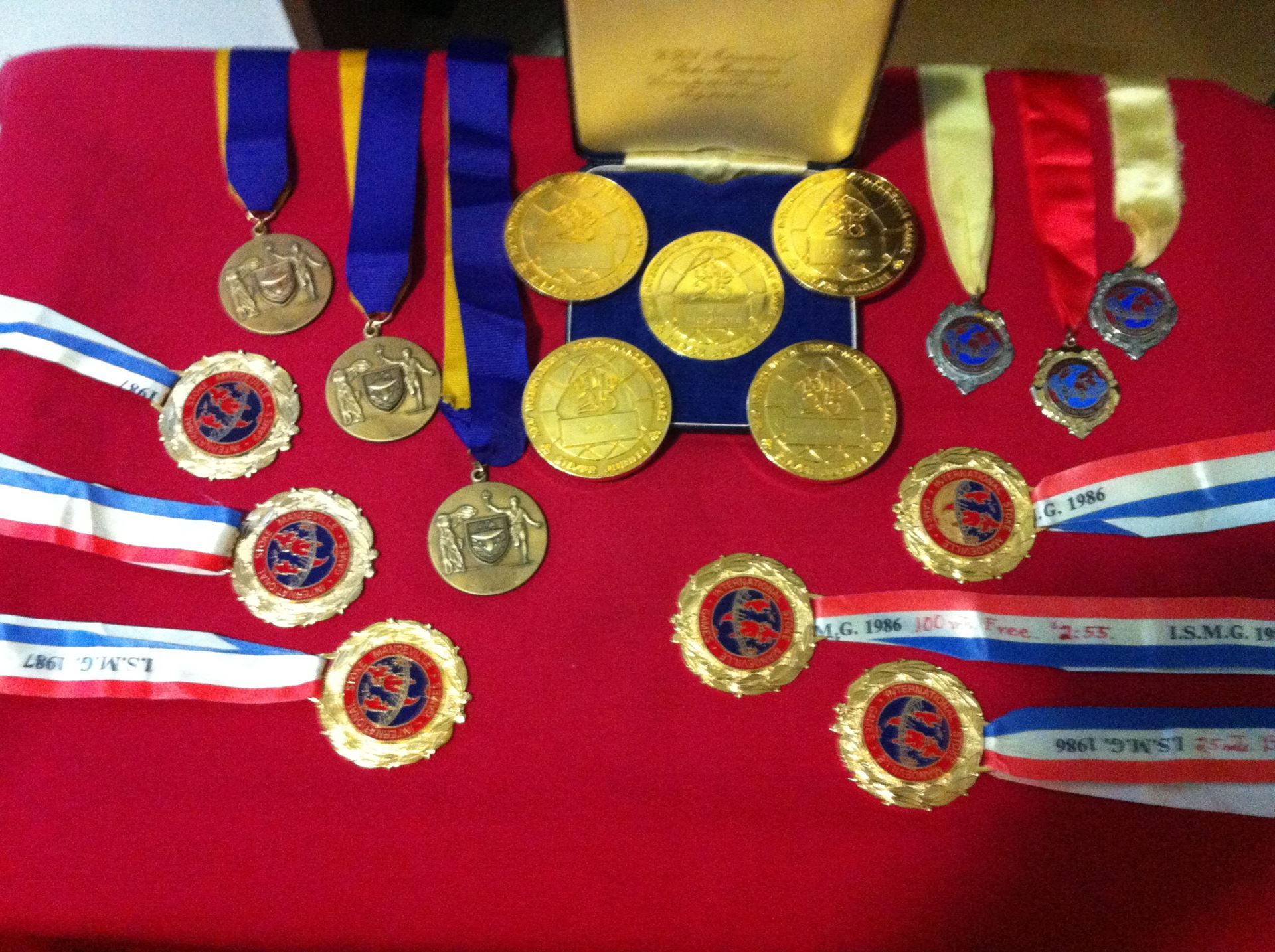 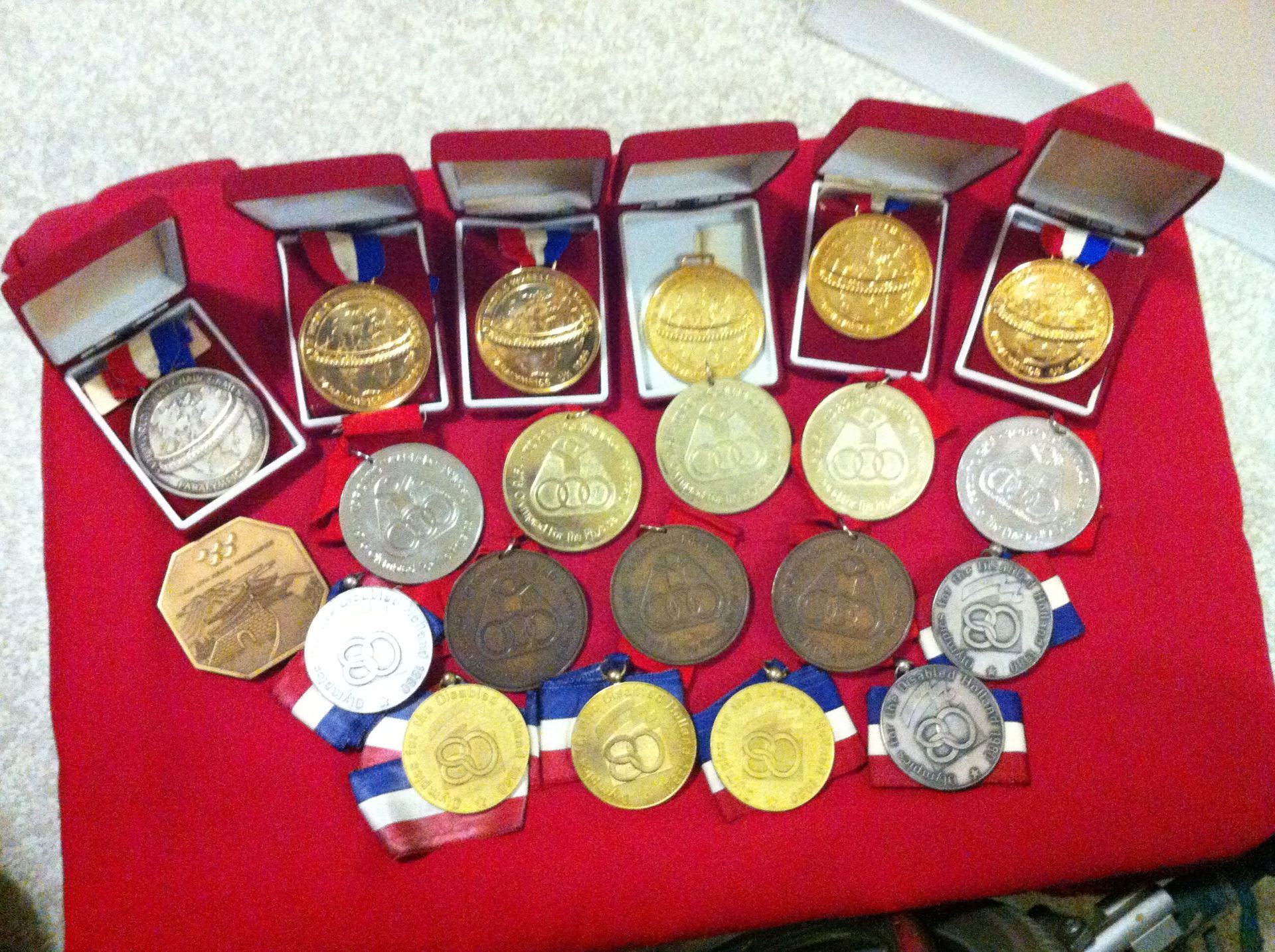 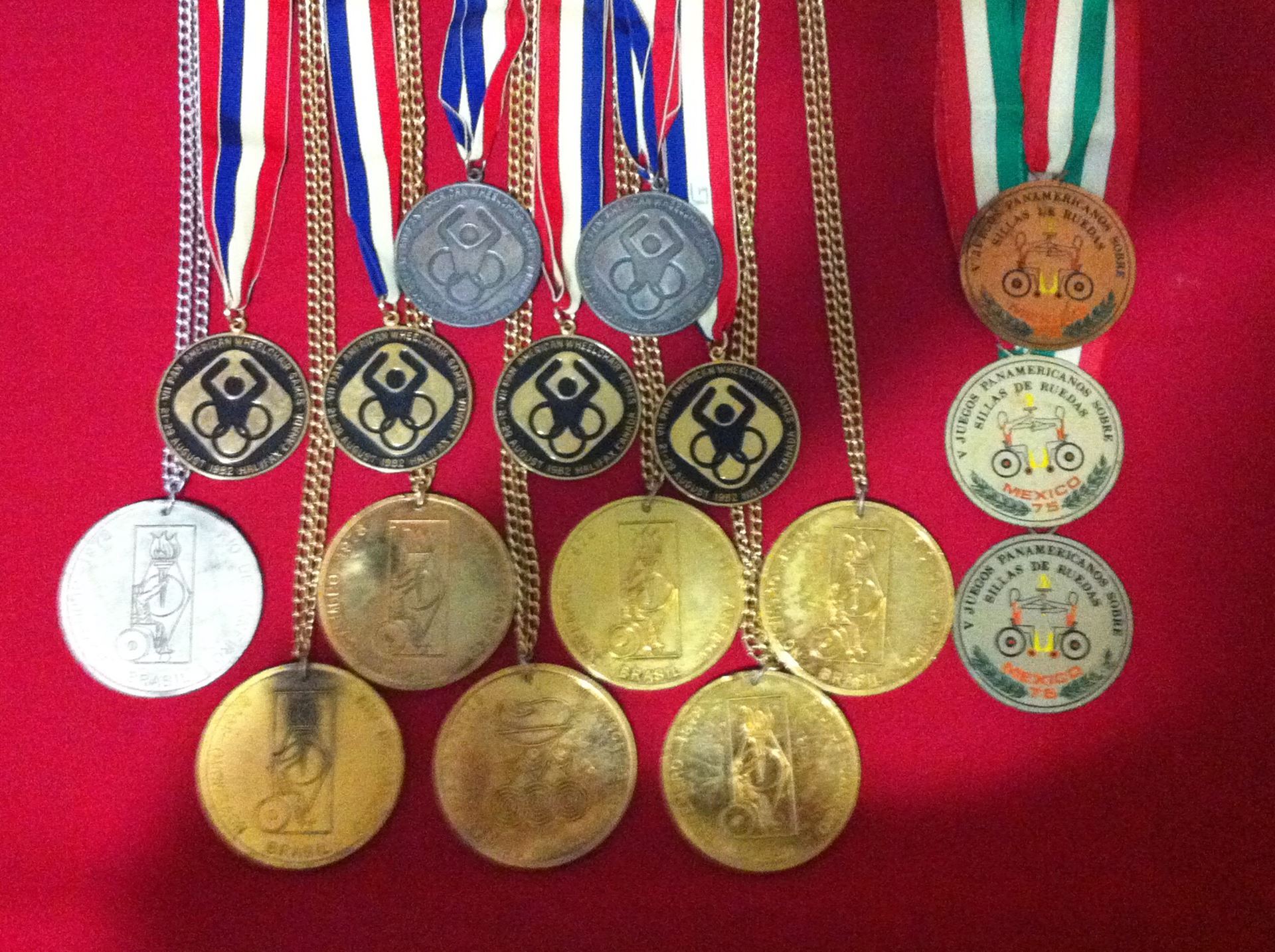 With a shake of his head and an energetic ONE TWO THREE CRUISERS!!!! being his trademark cheer, I want to apologize for the oversight and recognize the contributions to the club by a valuable and committed individual.

Americo Morais, Cruisers member for over 15 years, All Blacks Captain, Vice President for 9 years, volunteer coach for the juniors and sledge development program, Cruisers Cup master scheduler are just a few of the ways Americo has made an impact on the club and its athletes. Americo joined the club 15 years ago with a passion for sledge hockey, yes I know, Para Ice Hockey. He has participated in other sports, including wheelchair basketball throughout the years but was always drawn back to hockey. Americo is an avid motorcycle rider and the current manager of Sledge Team Ontario.

You will always find a smile on Americo as he played, coached and volunteered during his time with the Cruisers. Thank you Americo for your time and support of the Cruisers and we wish you all the best in your future endeavours.


Please select a link below for more features